I wasn’t sure where to put it, but as it is neither development related nor a tool in itself, I guess it goes here!

I went through the final release of Pangya JP and combined all patch files to gather every piece of music that ever got released for the PC version. Not just that, I also properly tagged them with publicly available information and added a makeshift cover I quickly spun up myself. 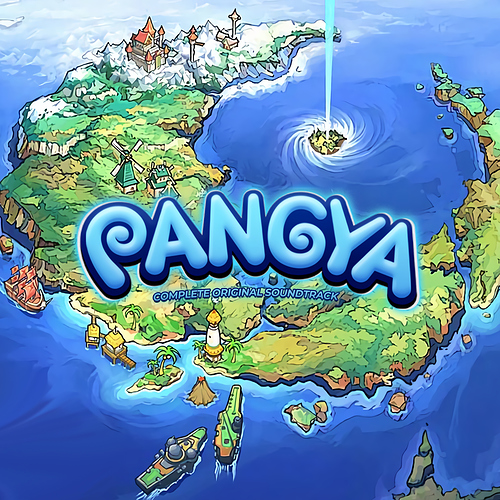 Here’s the full tracklist (the tracks in the album itself are not numbered):

That’s an essential collection, thanks for sharing. I have a dedicated folder in my car radio’s USB key, it feels great to play the ball-in-the-hole theme when the traffic light turn green

I can’t thank you enough! I’ve always loved those songs and they bring back so many memories of me going to my friend’s house to play Pangya. Now I can have them always with me! Thank you very much!

Time to download this and jam out for a while! Thanks for the hard work

Wow thank you so much!! This is so awesome >w<~
I haven’t played this game in 7 years, and just found out it got closed down

So I’m really grateful to you that you made my memories come back to life.

Amazing Collection^^
Wanted to ask if somebody has the version of “Zero FIll Love” with lyrics, cause I think that one is missing in this collection and it is such an amazing song^^

I uploaded some extra tracks that weren’t in present in the game’s client data to help further complete this Pangya PC Soundtrack. These include the vocal version of ZERO FILL LOVE, which came from ESTi’s blog, and the karaoke versions of the Vocaloid collaboration tracks, which were on the JP Pangya website. They’re tagged to match pixeldesu’s set, so you can just drop them all in the same folder. Enjoy!

Thanks for the upload, Seki will be happy for the vocal version of Zero Fill Love

My favourite track here is undoubtedly the karaoke version of A Shiny Day (The Sun, The Miracle Aztec), IMHO the best remix of a Pangya music I have ever heard.

I’d also like to contribute with the OST of Pangya Portable, ripped by Sweatdrop from the 2 CDs which were bundled with the Limited Edition of the game. It was previously available here, but the MegaUpload link is now broken: Sweatdrop LIVE Gaming - The retired Pangya blog: Pangya Portable OST 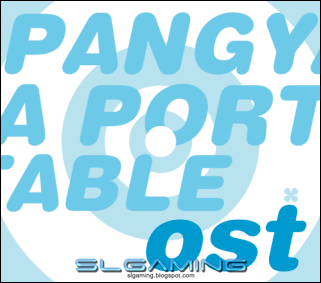 I have reuploaded the archive on Google Drive:

I have fixed the filename of a couple of tracks, plus re-zipped the archive in order to remove the password. The archive contains part of the original soundtrack in a higher quality (320 vs 96/128 kbps), plus some arrangements and new music introduced in this PSP version of the game. Worth noting are the arrangements of Breeze, Bunny Picnic and Daydream, plus the new Gallery theme.

Thanks for uploading the Pangya Portable OST and fixing up the filenames! I was actually thinking of re-uploading that recently, since I have a bonus track for it that’s been sitting around in my files. It’s a demo of the Pangya Portable ending song, Starlight, with vocals by ESTi, before Sanch recorded the vocals for the final version of the song. I believe ESTi uploaded this to his SoundCloud account in 2015 or 2016 before deleting it sometime later. It’s a shame ESTi took it down because it was uploaded in memory of Seedark, on the anniversary of his death during the year it went up. Anyways, here’s the link to it.

I have two more downloads to share but I got hit with the link limit on posts for new users. so I’ll wait a bit before posting those.

@dreamlink lifted your trust level, so you should be able to post again!

Thanks for upgrading my user trust level, pixeldesu! Gonna link the rest of what I have now.

First is a set of the Pangya x Vocaloid Piapro contest songs. Back when Pangya JP was adding the Vocaloid outfits, they also held a song contest with Piapro, a site where users can upload their own Vocaloid songs. The page for the contest is still up too. I ripped and tagged all the songs, plus made a custom cover art using this art of Kooh dressed up as Append Miku by Nyanya. Since they’re fan-made songs, the quality varies pretty greatly, but there’s a few good remixes in there.

Next up is a Pangya Music CD called Pangya Notes, by a doujin group called Eterna Musik. Their website is long gone so I guess they aren’t an active group anymore, but archive.org has a mirror of it. This CD has remixes of Pangya music, and some original Pangya inspired songs. Just thought it was a neat little item that I’ve never seen shared before, so I ripped and tagged all the songs, and also included scans of the disc, cover art, and lyrics/credits insert.

Lastly is the Pangya Soundtrack CD that’s in the Pangya Sparkle/Kirameki Kit. That was a box set released in Japan that included an install CD for the Pangya client and some bonus goodies, including a Soundtrack CD. There isn’t anything in here that wasn’t already in the game client (no UI music, and no course songs past Ice Inferno) but I figured I’d rip it too for completion’s sake. The version of Revive on here has slightly different instrumentation from the one that was in the game, and the songs are looped.

Great to hear the bonus track, and to have it preserved! I have added it in the archive, reuploaded it and updated the download link in the post above.
I’m still missing Seedark’s art to this day, and worst of all his personal webpage is now offline

At least archive.org still has a copy of it, and NTreev’s condolences page with a selection of his art is still up:
https://web.archive.org/web/20160313050509/http://seedark.net/htm/frame-main-seedark.htm
https://www.ntreev.com/condolence

I have now downloaded all the other 3 archives, thanks for sharing them, I will listen to them with interest. I was especially interested in the Sparkle kit’s soundtrack CD, since I have won an (unopened) kit on Yahoo Auction and I’m waiting it to be delivered (stuck in Japan due to Japan Post still not delivering packages to some countries); too bad there’s no new interesting track on it, I was hoping to find something like early versions of the tracks, or extended versions of them.

BTW @dreamlink speaking of remixes, I have right now stumbled upon this one, ever heard of it? LOVE Gimlet - VGMdb

らららら - 初音ミク (the second track of the VOCALOID album) is already one of my favourites. Heartwarming and touching.

Haha, it’s no problem at all. Good to have multiple people uploading stuff, honestly. Also I figure it goes without saying, but anyone’s totally free to reupload any files I share.

And yeah, it’s forever a shame that Seedark passed away so young. I do like the other artists Pangya has had through the years, but his work is still my favorite. I actually didn’t know Ntreev still had his condolences page up, it’s nice that they’ve kept it online this whole time.

Enjoy the downloads! And hope you can get your Pangya Sparkle Kit delivered soon! It’s a shame there isn’t much unique about the Soundtrack CD it comes with, besides Revive sounding a little different, but I do think the set overall is worth it for the other extra items and the cool packaging.

I’ve never heard of that LOVE Gimlet CD before, good to know about it! I looked up the CD maker’s site and it’s still up, with some short samples of the tracks available. I’ll have to keep my eyes open to see if it ever pops up for sale online sometime. I got my copy of Pangya Notes from Suruga-ya, they often have used merchandise and fan made items like that for sale.

SeeDark’s art was the primary reason I got interested in Pangya. I love how he managed to draw a sparkle of life in all his character’s eyes.
I wanted to get the Sparkle kit since AFAIK it was the last game’s package of the PC version ever released, and because I have found it at a bargain price. Basically at the same retail price when it was sold in the shops, elsewhere I have seen it being sold at ~6x the price. Also, I wanted to expand my collection

I currently own a japanese picture book and a hintbook, plus the PSP version of the game.
Good luck with the LOVE Gimlet search. Too bad the samples seem to be not available anymore, not even on archive.org… maybe on some torrent tracker?
I have done a search for remixes on ocremix, though I have only found a request for them: PangYa! - Tea time, Silvia, frog.... - ReMix Requests - OC ReMix Community

Cool that you got the Sparkle Kit at a good price! I remember looking around for it when I noticed the price starting to rise as well. Don’t remember what I paid, just that it wasn’t over retail. So folks hunting for that can still find it decently priced if they wait a bit.

Also huh, that’s strange. The LOVE Gimlet song samples worked for me when I found the page. I even double checked it just now and they still work. Could be some kind of hosting problem on the site’s end, or maybe they have limited bandwidth. I reuploaded the samples in case you’re still having trouble with the original page.

Thanks, the site now works here as well, might have been a temporary server issue. A Transical day at some point seems to come straight from a Jean-Michel Jarre album, while the intro of れっつ ゆきあそび! has some strong Secret of Mana vibes.

wow, I see a long list of updated soundtrack