According to an article from last February, the development of Pangya M has been halted, though thankfully not cancelled. I hope they’ll restart the development as soon as possible! 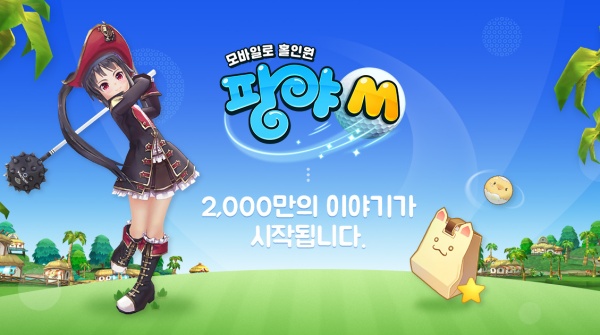 The development of casual golf game ‘Pangya M’, which was being developed by NtreevSoft, a subsidiary of NCSoft, has been discontinued. This is to review the direction and business strategy of the game.

On the 25th, NCsoft announced that the development of Pangya M was stopped. An official of NCsoft said, “This is the first time that we have made an official position.” He said, “EntribSoft is reviewing the Pangya IP business strategy and the direction of the game.”

Pangya M is a casual golf game using Pangya IP, and was first unveiled at Trinity Wave, a new NCsoft presentation in 2020. When it was released, there was a lot of interest as it was a very popular series all over the world. In the end, through this announcement, the development was officially halted.

However, as the development is currently suspended and not canceled at all, there is a possibility that development will be resumed after re-establishing the direction in the future.

On the other hand, on the 14th, NCsoft unveiled a number of new titles being prepared by the company, such as Project E, Project R, Project M, BSS, and Throne and Liberty.